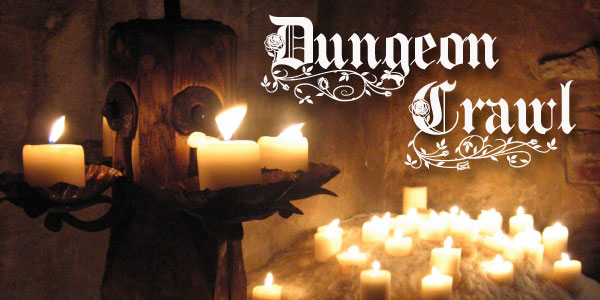 This week we continue with more from my twisted epic fantasy erotica novel, A Lady and a Maid. In a dusty field, the sun beating down mercilessly, Sophie watches her captor, Miriam, examine a very special sort of … creature. At House Westwood slave girls don’t just attend their Ladies — sometimes they plow the fields, too. It’s in the dawning of this realization where Sophie learns that, despite her ordeal thus far, things could be much, much worse for her…

Lady Westwood leaned in close, her lips nearly brushing Tani’s ear. “What do you say to that my bound beauty? You may speak.”

“If it pleases you, Mistress.”

Sophie was surprised at the soft, but rich voice.

The Lady planted a gentle kiss on Tani’s moist cheek. “It does, Tani, it most certainly does.”

Arnaud cleared his throat. “With two, we could have them plow your gardens rather than having it done by the farmhands. Would free them up to help with the harvest.”

The Lady nodded, glancing down once more. “Escott, you seem to have been rather free with the paddle here.” She crouched, and Tani flinched as the Lady’s fingers felt the welts. “This big bottom is rather well-cooked.”

The Lady stood once more, and moved back around Tani. She tucked the crop under her arm, peeling off her riding gloves. “Turn Tani. Stop there.” The woman now faced away from the group and Sophie suppressed a gasp.

The woman had a strong, trim back, cinched cruelly by the broad leather girth around her midsection. Her hindquarters were very well muscled, but still retained soft feminine curves. The bottom half of both cheeks were furnace red, overlaid with darker welts in places. She could see a rivulet of sweat break from the bottom of the girth to meander down a welted cheek. She wondered if it stung the sorely tested flesh. She felt a sudden urge to run her hand over those broad buttocks, soothing the scorched skin.

What was happening to her! She shook her head and looked away.

“Sophie,” Arnaud growled. “Is there something else more interesting to you?”

She shook her head, and turned her gaze reluctantly back to the poor woman.

Tani turned her head. “But Mistress, the belt—”

“Just do it, girl.” The Lady took her crop in hand, whisking it through the air.

“Yes, Mistress.” Tani bent over, and Sophie could see the stiff belt dig painfully into the firm belly. Tani gasped as the leather creaked.

“That’s better, girl. You know the penalty for questioning me though.”

The crop whistled down, snapping across the center of both proffered cheeks. The flesh bounced, and Tani whimpered, clenching at the smart. The cleft shrank to a thin line, then yawned open, the strong thighs shaking.

“What’s all this trembling? This is a mere tickle compared to what your devoted driver has given you.” The Lady glanced up at Escott, winking.

“As well it should, Tani.” The Lady traced the darkening welt with her fingers. “We can’t let you go soft on us, can we?”

Escott leaned close to the miserable woman’s ear, his voice a whisper. “What do you say, Tani?”

Sophie wanted to look at anything but the abuse of the poor woman, but she felt Arnaud’s hard gaze upon her. Her eyes moved to the pommel on the Lady’s horse. Did the rope look like it had loosened?

“Such cheeks,” the Lady breathed, palming both of Tani’s buttocks, caressing the burning flesh. “I wonder what Lucien would do with these if you were to go up for a term?”

Tani began shaking all over, her thighs working together. “Oh Mistress, please no! I’ll do anything. Please!”

“Relax, girl.” The Lady stroked a palm over the curve of Tani’s hip. “Your services are too valuable to let you go to the intake. Lucien has more than enough bottoms to ply his trade on as it is.”

Arnaud turned his horse, bringing it over to stand in front of the bent-over Tani. “Farrier says he’s got four women for Lucien’s intake this fall.” His lips turned up at the corners of his mouth.

Tani sighed as the Lady eased the broad buttocks apart, exposing the dusky bottom hole to the sun. “Four is it? Who’s being sent up, I wonder?”

Arnaud lifted a hand from the reins. “I believe Lord Galdan’s daughter-in-law is one of them.”

The Lady smiled, shaking her head. “I knew she’d be sent up, eventually. Galdan says she gives his son nothing but fits. She’s been recalcitrant with providing him an heir, as well! Even Galdan’s patience has limits.”

Arnaud shook his head, scowling. Sophie looked away again as the Lady played fingers through the humid cleft of Tani’s buttocks, the nails lightly scratching at the shrinking anus.

The rope was definitely loosening from around the pommel. Her eyes darted to Arnaud then back again. She thought she might just be able to do it. Sophie took a small step toward the Lady’s horse.

“Easy, Tani,” the Lady lilted, her tone soothing. “Just a little something for your troubles now.”

Sophie winced as the Lady’s long-nailed fingers stroked through the dark split of Tani’s sex, her fingers glistening as she spread the moisture up on to the anus.

“You know.” The tip of the Lady’s finger circled the moisture into the delicate skin of Tani’s anus. “Sandra was rather disapproving of Farrier’s man, Lucien. I still wonder why. I find him delightful.”

“He has that effect on some, Mistress.” Arnaud inclined his head.

“She agreed to accompany us on the trip in the fall. I can’t wait.” The Lady’s finger nosed into the anus and Tani jerked, her hips twisting. “Mm, very tight.”

Sophie gulped, wanting to look away, but her eyes refused to budge from the sight before her.

“There girl, push back now. That’s it.” The Lady looked up at Escott. “Never use her here, do you?”

Escott shook his head, his eyes glued to the finger slowly disappearing into Tani.

“No, no, don’t tighten, dove. Bear down.” The Lady’s other hand moved between Tani’s thighs, rubbing the woman’s clit in slow circles. “There we are! Good girl, just let me in now.”

When the Lady’s finger was fully bedded, all the way to the last knuckle, she began a slow twisting.

“Very tight here, Escott. I haven’t the faintest idea why you don’t avail yourself of this luscious ass, but you should at least start using the saddle strap.”

“Arnaud, you should loan him that nice one with the good stout plug built in.” The Lady craned her head from around a curved hip, her finger still moving within the writhing Tani. “Hop down and give me a hand here, Arnaud. I think we should give Escott some pointers for his next stable block visit with this lass.”

I hope you liked this week’s excerpt. If you can’t wait for more, A Lady and a Maid, is available at all major retailers. For those who’ve asked, a sequel is tentatively scheduled for publication  Q4 2014.

Please take a few minutes to crawl around to the other depraved blogs on this week’s hop. You’ll be glad you did:)