C is for Courage

Why did I pick Courage? Because when it comes to achieving your goals, to realizing your dreams, to living the life you’ve always wanted, it takes courage, and there’s no getting around it. Without courage, there is no change. Without change, there’s no growth.

(Half of you are already rolling your eyes, mumbling “Get to the fucking point, Deepak”.)

What do I mean by this?

I’ve been in that place, a turning point where I needed courage to move forward, to change, to grow. And you know what?

Learn from my mistake, and don’t blow it when that turning point comes for you — and make no mistake, someday it will come. Live with courage, practice courage, and especially, expect courage from yourself.

Do this, and when that day comes, you’ll do the opposite of what Trent did:)

When you discover that you may in fact be kinky — even if you’d never have described yourself as such — have the courage not to recoil in horror.

Have the courage not to label yourself as a freak.

Have the courage not to think you’re broken.

When you’re faced with telling that person you love what you really want, have the courage to open your damned mouth and simply tell them. Have the courage to do this even when you fear they might run screaming.

Have the courage to realize that living your life with a part of you hidden from those you love is far worse than losing someone who was never worth your love.

If your wife asks you to spank her because it turns her on, for God’s sake, have the courage to give it a try.

And then have the courage to admit that it turned YOU on too.

If your husband asks you if he can spank you, for God’s sake, have the courage to give it a try.

And then have the courage to admit it did nothing for you …  because he didn’t spank you hard enough.

Have the courage to visit that club, attend that munch, send that e-mail, and tell that person your name.

Have the courage to kiss away her tears, to hug her tight, and to tell her everything will be okay — even if you have no idea how you’ll make that so.

Finally, and perhaps most importantly of all: Have the courage to love, and to be loved.

It’s the easy way, the safe way, to hide from the truth. It takes courage to acknowledge the truth, and to accept it — no matter what it is. I’ll leave you now with this final message: 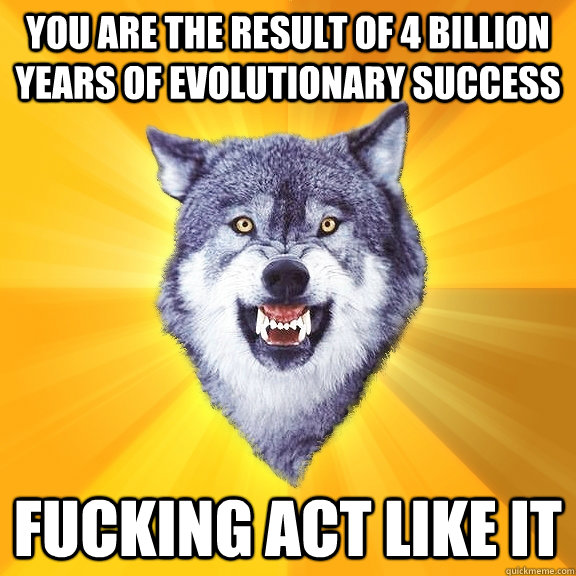 WEELLL, that got kinda weird. Maybe now might be a good time to visit some of the other blogs participating in this awesome challenge. Thanks for reading:)