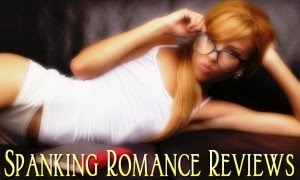 Brought to you by Spanking Romance Reviews & The Saturday Spankings Blog!

It’s finally here! The end of summer (or at least the end of summer vacation), and a return to the school day schedule for all the parents out there. What better time to have a blog hop? Work off all that stress built up from a house full of stir crazy kids but visiting all the blogs on this years hop. There are tons of prizes, and great stories to be read.

Thank you very much to Spanking Romance Reviews and Saturday Spankings for putting together this year’s hop.

Here’s how this works. All you have to do to be entered into the main drawing for the prizes shown below is comment with your answer to the following questions:

What kind of stories or settings or genres do you want to see more of?

I’ve also included a little end of summer themed story with this post, for those so inclined.  Read on, and thanks for visiting!

End of Summer Accounting — Part I

Sarah didn’t remember Tim’s words until that first morning of the school year.

As she’d kissed Jason’s little head and sent him off to the bus for his first day of second grade, her husband’s words came to mind once more:

“Once the summer’s up, we’ll have to have an accounting, won’t we?”

He’d whispered those words to her during the endless family reunion in late August. She’d sat there at a table in the park the family had rented, children and family all around her, the chills down her spine making her skin break out in gooseflesh, her nipples peak. Had he really meant what she thought he’d meant? She’d looked to him to be sure, but all he’d given her was a slight raise of one dark eyebrow, their son yanking Tim toward yet another ride on the merry-go-round before she could ask her husband just what the hell he meant.

Her body’s reaction had told her the truth of what he meant though. And now, the summer was at an end.

“Oh stop it! You’re being stupid, Sarah,” she whispered as she waved to Jason one last time as he clambered onto the bus, his backpack so big he seemed ready to topple over under the weight of it.

The silence of the house settled around her, the feeling one of both relief and irrational regret. It was nowhere near as upsetting as it was on Jason’s first day of kindergarten — she cried in the car on the way home from dropping him off — but it was an echo of that same feeling.

She finished up the last of the dishes, then set the washer, staring out the window at the leaves on their big maple that hadn’t yet turned color. Was it really the end of summer?

Summer was a tough time with children. With Tim’s schedule — summer’s always seemed to have him out of town more often — they didn’t see a whole lot of each other. At least not alone.

They’d talked about their … arrangement. And they’d both concluded it might be best to postpone exploring it further until summer break was over, and the rhythm of normal life would fall into a regular pattern once more. Of course, in their marriage, normal life included more than errands, packing lunches for school,  and harried family dinners shoehorned in between sports and homework.

There was also accountability, and expectations, and rituals required of Sarah. And when any of the three weren’t met, followed, or achieved to her loving husband’s strict standards, there was one other thing that was a constant in her life.

They’d agreed to set aside their arrangement for the summer — but Tim had been clear: any infractions, and the consequences for them, would be merely suspended not wiped away entirely. She’d rolled her eyes, and laughed him off at that.

Now, though, she wondered.

She poured herself another cup of coffee, and padded down the silent hallway, glancing at the open front door she’d sworn she’d closed before going back to do the last of the dishes.

Sipping from her coffee cup, she shouldered the bedroom door open.

She almost screamed, clapping a hand to her mouth, her wrist stinging as a drop of coffee sloshed out onto her hand.

Tim was sitting on their bed, his tie undone and laid across the mattress, the top two buttons of his white dress shirt open.

He stood, smiling as he walked to her, taking the cup of coffee from her hand. “Here, let me.” He set it down on one of the bedside tables, then grabbed her singed hand, examining it. “Are you okay?”

“I took the day off today.”

“A little end of summer accounting I need to do.”

“Spank you?” He pressed a kiss to her hand, and strode around the bed. Pulling open the bottom drawer of her bedside stand, he pulled it out, the caramel toned wood something she hadn’t seen — or felt — all summer. “Why yes, I think I am, sweetie. Among other things. You remember what I said, right?”

Sarah’s mouth went dry as she stared at the paddle, not quite believing this was actually happening. Just as she’d agreed she needed. Early in their marriage, they’d agreed to this. She wanted boundaries, accountability, and if need be, consequences. It shamed her at first to admit these needs to her husband, but as usual, after thinking it over, her kind, but strong, Tim had agreed to give her what she needed. At first, it had frustrated her — she didn’t think he disciplined her enough — but as time went on, and he grew into his role as her husband, her lover, and her disciplinarian, he took to it well.

My God, how he’d grown into it.

“Sarah?” Tim sat down on the bed again, his dark eyes peering up at her, a light dancing in his gaze she only saw when he was in discipline mode.

Sarah’s heart stopped for a moment, as it always did upon hearing the strict tone creep into her husband’s deep voice.

“Good.” He grinned at her, setting the paddle down on the bed next to him. The black letters, burned into the wood, stared back at her: OBEY.

On the other side of the paddle, was the word LOVE — but both sides hurt just the same.

“I told you about the, um, accounting. Do you remember that?”

She nodded slowly, her hands fluttering in front of her, not sure where to put them.

“Hands at your sides, dear.”

“Yes, okay.” She clamped them to the sides of her thighs.

“Answer my questions now, Sarah. Do you remember what I said?”

“You said there would be … an accounting. But I—”

“N-No,” she lied. Of course there’d been a few disagreements over the summer, minor irritations, a few cross words, maybe even a raised voice from her once in a while. As much as having the kids for summer break was great — and it was — it was stressful at times too.

She also knew that stress was never an excuse with Tim. They’d agreed that that was one of her behaviors she wanted to tackle first, and he’d agreed that he wanted her to be more respectful of others — especially him. Still, she never really considered that be might be paying attention, keeping track, during all the excitement, uproar, and exhaustion of the long, hot summer.

“You agreed to be held accountable for your actions, dear, and that’s what we’re going to do today.”

Her gaze dropped to the bulge of his cock, straining the fly of his slacks. She arched a brow at him even though she knew it risked even more. She couldn’t help it.

He nodded. “Your accounting’s not all we’re taking care of today.”

It shouldn’t have mattered that he was turned on from punishing her — but it did. She wanted him to be turned on. Yes, she expected to be punished for her behavior, but there was no denying that being taken to task aroused her more than almost anything else. That it aroused Tim too made it even better, almost as if he was a co-conspirator in their shared exploration of this lurid fantasy.

His words snapped her back to reality, and she frowned at him. “Tim, maybe we could–”

“I said strip. If I have to say it again, I’m adding two strokes to the eight you’ve already got coming.”

“Eight!” She protested even as she was peeling off the oversized t-shirt she wore. She knew Tim hated it — he’d much prefer she be naked — but she got too cold without it.

Her nipples tightened in the cool morning air, her husband’s avid gaze immediately zeroing in, his smile growing broader. She waited just a moment, hands on her hips, hoping he might only be bluffing or would be satisfied with a look at her boobs.

Boobs were Tim’s kryptonite — he was helpless against their power.

He picked up the paddle, patting his palm with it. “All of it. Now.”

She gulped, her bottom tingling in dread. Her blush was already heating her cheeks as she bent, her naked breasts swaying.

“No, not that way. You know the correct way to undress for your spanking. Turn around, bottom facing me.”

He slapped her hip. “What was that?”

So over she went, her bottom on display as she slid down her yoga pants.

It wasn’t the first time he’d made her do this, but that fact didn’t make it any less mortifying. She knew he could see, well, everything in that position, both her bottom and genitals on blatant, vulnerable display, her face heating further beneath the shroud of her dangling hair.

His hand stroked her bottom, first one cheek then the other. “God, I’ve missed this. Missed spanking this.” He slapped her ass, hard, and she yelped. “Don’t move until I tell, Sarah.”

The quiet, trembling tone of her own voice betrayed both her arousal and her fear of what he had planned next.

She heard the bed springs move, then a current of air against her bottom as he moved around behind her doing God knew what, no doubt drinking in the vision of his wife’s naked ass displayed for him, awaiting his judgment.

Grateful to be upright once more, she turned, dread sinking deep in her belly at what she saw. Several pillows had been mounded up at the foot of the bed. She’d hoped at worst, she’d have a quick, intimate trip over his lap, but no, he meant business this morning.

He extended the paddle toward the bed. “Now, over the pillows, my dear. We’ve got some accounting to take care of.”

For those of you who’d like to see how the story ends, Part II will be posted on Sunday Sep yth. Until then, have fun, and don’t forget to visit all the stops on this year’s hop!