I know it’s been a long time since I’ve posted, so I thought now might be a good time to update you on what’s been happening.
END_OF_DOCUMENT_TOKEN_TO_BE_REPLACED 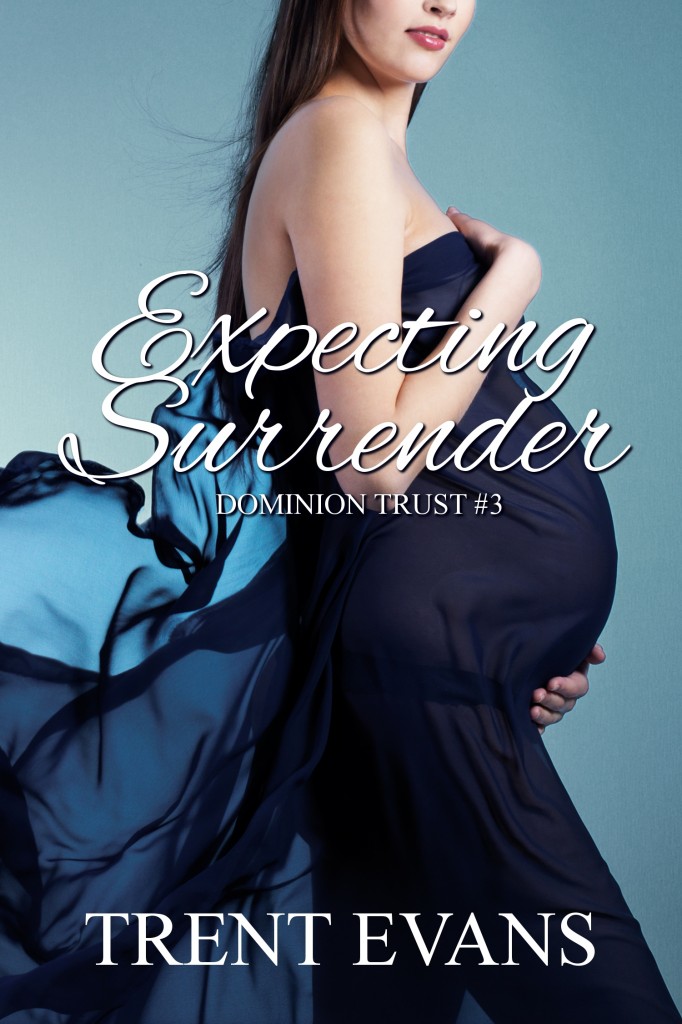 At long last, I finally finished this thing. Expecting Surrender is the third book in the Dominion Trust series. At almost 135,000 words, this is my longest novel to date, but for the next few days, I’ll have the book at a new release price of $2.99. That’s a great price for a 470 page book, so pick it up before it goes back to the regular list price of $4.99!  Now $2.99 is a great deal, no doubt, but subscribers to the New Release Alerts mailing list got it even cheaper — $0.99! It might pay to sign up for that mailing list, no? 😉

All right, enough of that! Please see below for the particulars… END_OF_DOCUMENT_TOKEN_TO_BE_REPLACED

Time for another visit with Keihl and his wife Kirsten from the upcoming full length novel, The Change. In last week’s installment Keihl got more specific about what he intended for Kirsten — namely nude workouts while he watched. But their discussion moves to a different subject, in this case how Keihl feels about his pregnant wife flying for her job…

<My boss told me I could stop traveling until the baby’s born. I don’t know if that’s a relief or a worry.>

<I’m glad he did. I was about to forbid it myself.>

She almost typed back a hot-tempered retort, but deleted it. That reaction in her was so ingrained, that defiance, that steel that she used, needed, at work. Here though? With him? It didn’t seem to fit anymore. Now she was more concerned with why her husband issuing orders to her, making her obey him, was making her pussy wet. Even now, her tingling nipples had hardened into stony points at the mere mention of it, of obedience, of the prospect of submitting to his will.

Did that fact comport with, well, anything she’d been raised to think? To feel? Absolutely not. On its face, it seemed diametrically opposed. As she’d looked deeper within herself though, at the needs, the urges, her upbringing had practically trained her to gloss over, even ignore, it was a startling discovery indeed.

And apparently that was a woman who practically went into heat every time her husband ordered her around.

More next week from those kinky kids, Keihl & Kirsten (SWIDT?). Until then, please visit the other stops on this week’s hop. Thanks!

This week, I’ve got yet more from my upcoming full-length novel, The Change. Keihl and Kirsten’s sexting depravity continues, and as this section opens Kirsten has just been reminiscing on her husband’s rather, um, positive reaction to the picture of her ass she’d previously sent him… END_OF_DOCUMENT_TOKEN_TO_BE_REPLACED

Greetings spankos and sickos! This week, surprise surprise, we continue with more from my upcoming full length novel, The Change. As we pick things up from last week, Keihl has just sent her his latest order in his Domination-by-sext campaign. Kirsten is reminiscing on her husband’s reaction following her sending him a picture — as ordered — of her naked ass… END_OF_DOCUMENT_TOKEN_TO_BE_REPLACED

I’m including more from my upcoming full-length novel, The Change. This week continues with more texting/sexting between Keihl and his wife Kirsten. Keihl has learned — and is expanding on — the joys of controlling his lovely wife from afar… END_OF_DOCUMENT_TOKEN_TO_BE_REPLACED