You are here: Home / Archives for spanking roundtable 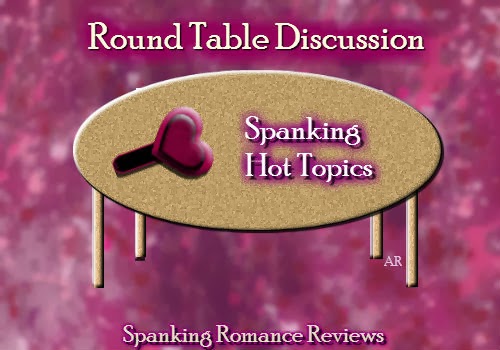 1. Do you do anything differently now than when you first began writing?

The short answer to this is that I do everything differently from what I used to do as a novice. END_OF_DOCUMENT_TOKEN_TO_BE_REPLACED 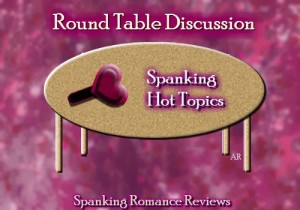 When my friend Renee Rose asked me to join this month’s round table discussion I was surprised and honored … and I almost declined. Why? Well, I’m a guy, and at first, I wasn’t sure that my viewpoint would really be particularly relevant to this particular subject. I took several days to think about it though, and decided that perhaps, if nothing else, I might be able to offer a sort of “outsider’s view”. We’ll see if I succeed or not:)

At first blush, Spanking and Feminism would seem to suffer a fatal incongruity. How on Earth could these possibly be part of the same discussion, let alone be somehow compatible? When you really think about it though, the growing acceptance of one (spanking), is a result of the triumph of the other (feminism).

I can hear the peanut gallery coughing “bullshit!” à la the Delta House right about now (those of you under the age of 30 will have no idea what that reference meant, sorry about that). Stick with me though, because this will make sense in a minute.

First, I want to define for this post what I mean by “spanking”. I’m a male, and I identify as a heterosexual Dominant, so for my purposes, I’m referring here to spanking in a male dominant/female submissive context. Furthermore, since — in this context — the female being spanked is the submissive, I’m going to necessarily use the terms “spanking” and “submissive” more or less interchangeably here.

Now, how can the growing acceptance of spanking be a result of the triumph of feminism? In many ways, spanking, and the fact that women would want, and sometimes ask, their men to spank them, seems anathema to nearly everything taught and believed by classical feminism. But for me, when you get down to its core, feminism is supposed to give women choices, options, the power to be who and what they really are.

I really see spanking as a manifestation of just that  — women choosing to explore their sexuality in the way that makes the most sense to them, that gives them the most pleasure, that affirms what they believe.  Further, it seems to me that embracing spanking and female sexual submission sometimes could be a way of pushing back against classical feminist dogma that occasionally seeks to enforce conformity to a certain set of beliefs.

As an aside, I am blessed in that most of my close friends happen to be female, and this is one of the most surprising things I’ve learned from them. Often they feel “guilt-tripped” into acting/believing a certain way — almost as if they’ll be viewed as betraying the cause if they choose to go a different path. To me, submissive women, and especially those submissive women who are brave enough to “out” themselves as such, are exercising the freedom that the success of feminism has brought them. (Full disclosure: Outside the confines of the bedroom, I’m pretty much fully “in the closet” vis-a-vis my kinkiness, so I admire the fuck out of women who are out of the closet kinky — and thus ends Trent’s non-sequitur theater).

Maybe some see spanking/submission as a subversion of the ideals of feminism. I know some see it as a giant step backward for feminism (the success of 50 Shades spawned innumerable conversations and debates along these lines). But ultimately, I keep circling back to what feminism means to me — and that’s freedom. Before feminism, if you were a self-identified sexual submissive of any stripe, I’d imagine you’d keep fucking quiet about it for self-preservation reasons. Now, if you choose to (again, that freedom thing), you can openly embrace submission as being an expression of who you really are inside. I’ve said before on this blog that submission is a fundamentally brave act, and I still believe that. The fact that some women identify as submissive knowing that a certain cohort of women will reflexively see that as weak at best, or a betrayal at worst, just makes me admire their courage all the more:)

To those self-identified feminists who are troubled by what women running around asking to have their asses tanned means for the movement or for the state of women in general, I would gently suggest this: perhaps this embrace of spanking, and kink specifically, and female sexual empowerment in general, is a direct manifestation of the hard-won victories of feminism’s past. Instead of being troubled by what they see, I would hope those feminists would be bursting with pride at the freedoms (sexual or otherwise) all of their past struggles have brought modern women.

Rather than see spanking and sexual submission as a “threat” to the ideals of feminism, I sincerely hope that more people open their minds — and hearts — and see spanking/sexual submissiveness/kink for what it is:  an expression of the true natures of these women, and an embracing of themselves as positive, sexual beings.  What’s not to love about that?

I hope you’ll take the time to visit all of the other blogs in this month’s discussion (see below). There is some fascinating and thought-provoking stuff being posted by these ladies. Thanks for reading!